The Battle of Afabet brought the annihilation of Ethiopain Army's Nadew Command. The battle was hailed as the African "Dien Bien Phu."

On the morning of March 17, 1988, the EPLF deployed troops on three sides around Hedai Valley to encircle the Ethiopian garrison. The first unit attacked was the newly arrived Fourteenth Division. Upon their attack, the Ethiopian forces began to withdraw but were cut off. The battle continued while the Ethiopian garrison from Keren tried to reinforce their position, which was thwarted by the EPLF.

A stumbling block for the EPLF was on the left flank, where their Eighty-fifth Division was held up by the dogged resistance of the Ethiopian Twenty-ninth Mechanized Brigade. It fought without reinforcement for most of a day until its commander gambled on a retreat to Afabet. Lacking time for careful reconnaissance before its withdraw, the brigade was halted when a tank and truck were disabled by Eritrean 100mm guns, the burning vehicles blocking the road. The Ethiopians were forced to destroy their weaponry to prevent them from falling into EPLF hands. Ethiopian aircraft even bombed their own troops. The commander of the Second Revolutionary Army came to the battlefield himself to supervise opening the road to Afabet “until he allegedly escaped on a camel just before the fall of the garrison.”Once the Ethiopian troops were routed in Hedai Valley, the EPLF stormed and captured Afabet. As the town was a major garrison the EPLF also captured a large cache of weapons in addition to those captured in the valley. 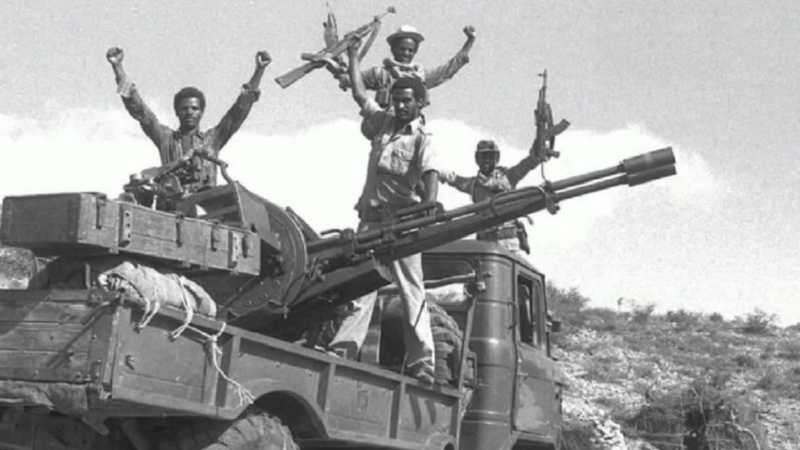 Killion estimates that by the end of the three-day battle, the Eritreans had killed or captured over 18,000 Ethiopian soldiers. One Ethiopian to survive the battle was the commander of the Nadew Command, Colonel Getaneh Haile, who had fought his way to Keren with a single tank and four armored cars. The colonel thanked God for his escape; Gebru Tareke laconically comments that “the deities were not as kind to most of his men, who remained trapped in the town”.