The Four Powers Commission is set up to decide the future of Eritrea in the Paris Peace Treaty. 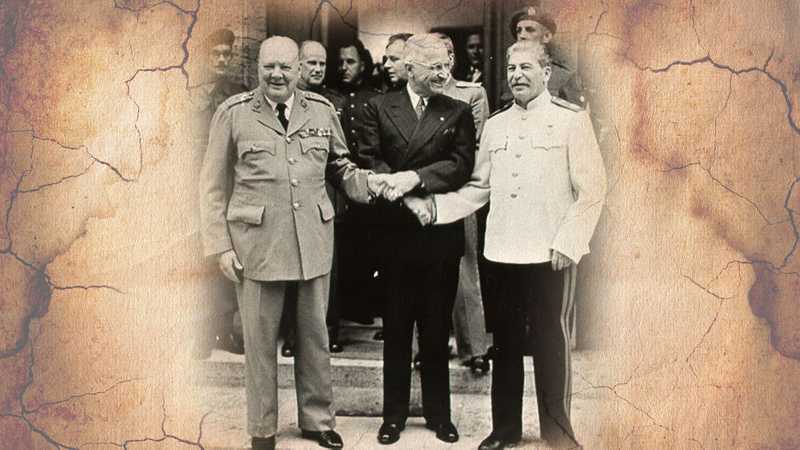 Chruchil, Truman and Stalin at Postdam Conference in Germany, 1945

The Paris Peace Treaties were signed between victorious Allied powers (principally the United Kingdom, Soviet Union, United States and France) and the Axis. The Paris Peace Conference lasted from 29 July until 15 October 1946. During the conference, negotiations were carried out on the details of peace treaties with Italy, Romania, Hungary, Bulgaria and Finland. Italy lost its colonies and territories of Eritrea, Libya, Ethiopia and Somaliland.

On Feb 10, 1947, the Paris Peace Treaty outlined that the fate of Eritrea was to be decided based on the findings of a new Commission, the Four Powers Commission.