The Love of Country League was formed to bring awareness to the suffering of Eritreans under the un-removed Italian officials under the British administration. 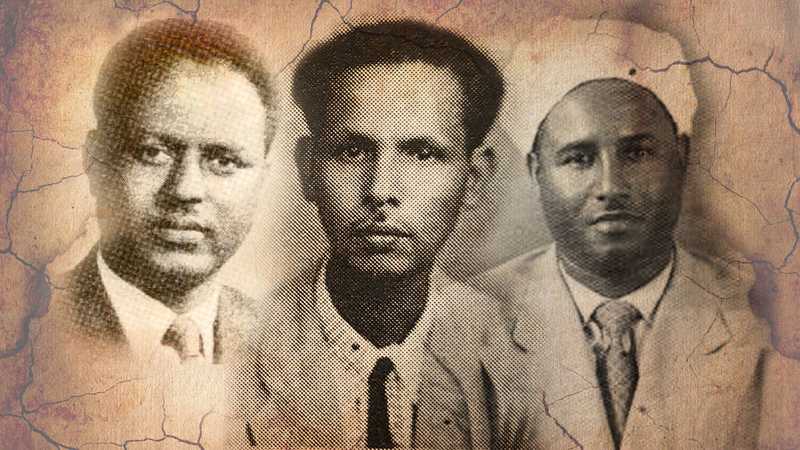 Some of the founders of the Love of Country League: Woldeab Woldemariam, Gebremeskel Woldu and Ibrahim Sultan

The Love of Country League was formed by around 40 Eritreans. Gebremeskel Woldu (pro-union with Ethiopia), Woldab Woldemariam (pro-independence) , and Ibrahim Sultan (pro-independence movement) were among its founders.

The main objective was to bring awareness to the suffering experienced by Eritreans under the hands of Italian officials that were left installed by the British administration after the Italians were defeated in Eritrea. Their Italians fascist sentiments were still in play and many Eritreans were being killed, abused and their properties looted. The league operated for about two and half years effectively highlighting the division created by the fascist or apartheid-like mindset of the Italians. It also highlighted the suffering that was caused by some of the Italians that didn’t surrender to the British army and were operating in the countryside as rebels against the British administration.

The league worked against the Italian officials left governing Eritrea under the British administration having being already defeated in Eritrea and Ethiopia as part of the war fought in Africa by the allies against the axis in World War II. The officials were abusing their power and inflicted heavy undue penalties and fines on the local citizenry.

The league also put together a council with indigenous members that worked closely with the British administration to advise and assist with governance. Besides this, it helped in founding special courts for Eritreans. The administration provided an appeals court as an extension of these courts because of the efforts of the league.