The flag-Raising ceremony Of the new nation of Eritrea at the United Nations in New York on May 28, 1993. 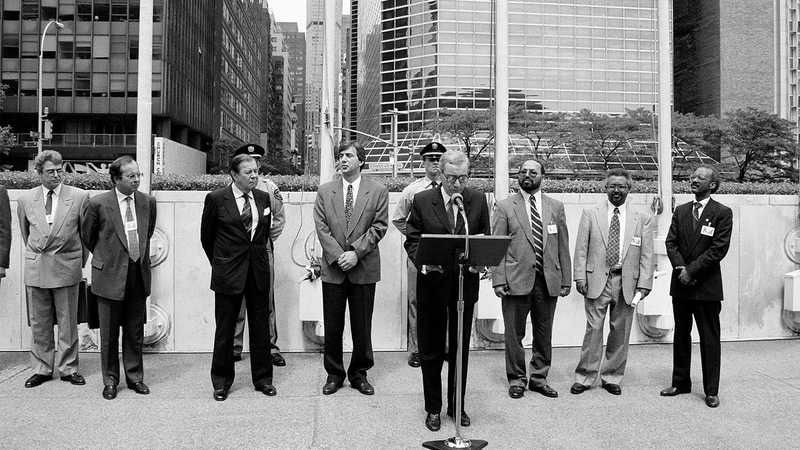 After the people of Eritrea voted in a referendum to secede from Ethiopia by an overwhelming 99.8%, Eritrea was recognized as a new member of the United Nations. The flag-Raising ceremony took place at the United Nations headquarters in New York on May 28, 1993.

The movement for independence that started in the 1940s after the defeat of the colonial power of Italy at the hands of the British, went through dramatic ups and downs including federation with Imperial Ethiopia, forced annexation to the latter, and eventually a 30-year bloody armed struggle for the right of the Eritrean people for self determination. Upon the defeat of the Socialist government of Ethiopia, Eritreans were granted the right to vote in a referendum to decide their fate. With international observers present, the referendum was conducted. 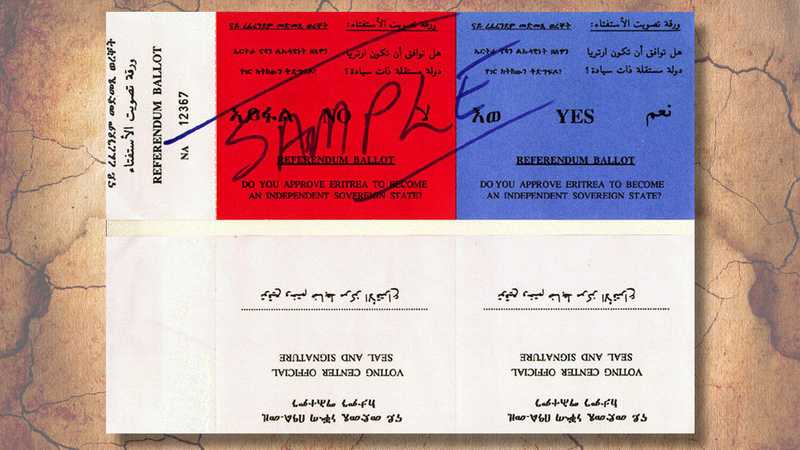 The referendum ballot asked the question:

DO YOU APPROVE ERITREA TO BECOME AN INDEPENDENT SOVEREIGN STATE?

The results came with an overwhelming 99.8% for “Yes”.