After the alliance with the Funj of Sudan and together defeating their Belew rulers, the Beni Amer led by Amer Kunu form a confederecy 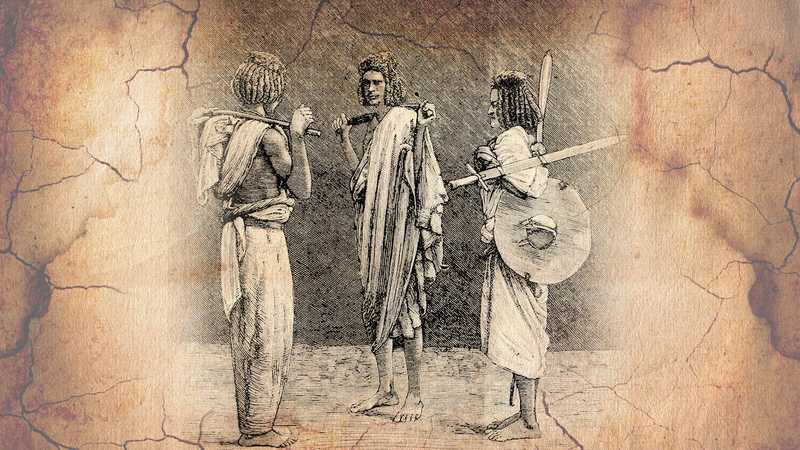 The Beni Amer people are said to have come from the intermixing of the Cushitic Bejas and the Tigre people about 600 years ago. Their population is estimated to be about 300,000. They live in the border areas between Eritrea and Sudan.

In the 16th century, they were under the rule of the Belew dynasty which controlled most of current-day Eritrea. Led by Amer Kunu, they revolted against their rulers. The joined forces with the Funj, the people of southern Nubia occupying the land between White and Blue Nile, and the Ja’alin, the Arabised Nubians of the region. They defeated the Belew and took control of their region. As the descendants of Amer, they became to be known as the Beni Amer, as-said in Arabic.

Soon after their victory, they established the ruling class of the “Nabtabs”, allied with the Deglels of Funj. All the different subtribes within the group accepted this new rule. This established the confederation of the Beni Amer people.

The ruling class of the Nabtabs dominated the rest of the Beni Amer population which consisted of the Hedarab, Hadendowa and Tigre which became tax-levied and tribute-paying serfs, relegated to a lower caste.